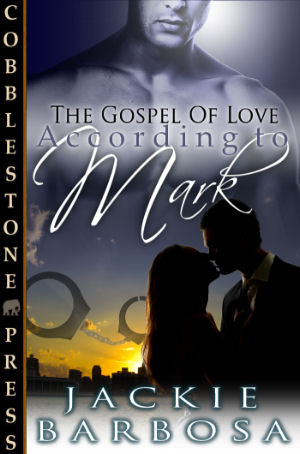 Renowned neurosurgeon Mark Finley has a deep, dark secret. No, it’s not that he’s a dominant who likes to mix a little pain with his pleasure; it’s that he’s in love with his best friend’s wife, Allison. He’s ignored his feelings for years and always done the right thing—until his friend dies on his operating table. Mark is wracked with guilt for having taken his friend as a patient in the first place and then for performing the surgery that kills him, but when Allison asks him to come home with her and keep her company, he agrees. And when she begs him to make love to her, there’s no power in the world that can stop him. But he swears it will be a one-time event.

And it is until, eighteen months after their unforgettable night together, Allison turns up at The Rack, Mark’s favorite club. There’s no way in hell Mark is going to let another Dom have her, but he knows he can’t have her either. That is unless he can find a way to forgive himself for not being perfect.

I stripped off the bloody rubber gloves and tossed them in the hazardous waste receptacle. My feet felt like iron weights and the floor like it was lined with magnets.

It wasn’t that I’d ever believed my own press—Dr. Mark Finley, part neurosurgeon, part superhero, able to save lives in a single bound. I knew that was bogus. I’d lost as least as many patients over the years as I’d saved. That was largely because I tended to take on cases other physicians had dismissed as hopeless. Unfortunately, as often as not, the first doctor’s assessment turned out to be correct.

Like with Clint Hoffman, whom I’d pronounced dead on the operating table less than five minutes ago. It wasn’t anything new or different. It was just my damned job.

Except today it was different. Because against every principle I’d ever learned in the practice of medicine, Clint Hoffman wasn’t just a patient.

He was my best friend.

And now I had to go out there and tell his wife, Allison, whom I’d been half in love with since the day I met her, that I’d killed him.

She knew the second I entered the waiting room. Her light gold-brown eyes, the color of my favorite whisky, filled with tears.

I couldn’t force a single word through my swollen throat as she threw her arms around my neck and buried her beautiful face in my blood- and sweat-stained scrubs.

She didn’t sob or wail. Like everything about Allison, her grief was decorous and understated. Ladylike. Her quiet tears soaked through to my skin, branding me with their wet heat.

Helpless to do anything else, I wrapped my arms around her slender back. Usually, when a patient’s family hugged me post-op, it was because I’d saved their loved one, so it seemed inexplicable that this embrace should feel more natural, more right than any other.

We stood there like that for several minutes—Allison weeping softly and me trying not to notice how well she fit in my arms, how lush her breasts felt pressed against my chest, how her wavy, auburn smelled like cinnamon and apples. Finally, she lifted her head and looked up at me with a small, tremulous smile.

Thank you? That was the last thing I’d expected her to say. “Damn you,” or “Go to hell,” or “I hate you, you murderer” seemed a lot more reasonable under the circumstances.

A tear clung to her thick, lower lashes, and I couldn’t resist the impulse to brush it away with my thumb.

“How can you thank me?” I asked, incredulous. After what I’ve done?

“Because you were willing to try what no one else would. You did what Clint wanted, and I can’t thank you enough for that, no matter how it turned out.”

I exhaled a ragged breath full of self-loathing. “He could have lived for months if I hadn’t operated.”

Damn it, I’d known from looking at the scans that the tumor was too close to the brain stem. Going in at all had been the height of arrogance. I had believed my own press, had thought I could do something no one else could. And my friend had paid for it with the last few precious months of his life.

Allison shook her head. “We both know that the life he had to look forward to in those months wouldn’t have been worth living. He hated being helpless, and it was only going to get worse.” Her eyes glistened, and she blinked to keep the tears from falling. “He didn’t want to die, but he didn’t want to live like that, either. You gave him a chance.”

She cupped my jaw in her palm, the roughness of my stubble against the softness of her skin reminding me how long it had been since I’d shaved. Fifteen hours of surgery. Hours during which she must have been curled up here in the waiting room. Her hair was a mess, and her eyes were both swollen with tears and sunken with exhaustion.

And she was still the most gorgeous, most desirable woman I’d ever seen.

Everything she said was true, but guilt stabbed me anyway. I should never have taken Clint’s case in the first place. Doing so violated every rule I’d learned in med school and residency—be compassionate and caring, but never, ever think of your patients as your friends. The converse, logically, was never to take friends as patients, and not only had I done that with Clint, who’d been my best friend since the seventh grade, I’d treated him in a way I would never have treated any other patient. Not only had I hastened his death, I’d given him hope where there was none.

As if that weren’t bad enough, now I was standing here in the waiting room with the woman I’d made a widow less than an hour ago and wondering how long it would be before I could get in her pants.

God, I was a bigger asshole than John Edwards and Tiger Woods put together.

“Mark,” she said, snapping my attention to her face. God, she was so beautiful my chest ached. “Would you do something for me?”

“Anything.” Except what I should have done from the start.

“Come over to the house when you’re done here. I don’t think I can be alone right now—” Her voice caught in her throat.

“But…why me? What about your family?”

I knew Clint’s family wouldn’t be much help. They’d been violently opposed to the surgery from the outset. Allison might not blame me for his death, but the Hoffmans sure as hell would. I’d be lucky to avoid a malpractice suit, although they wouldn’t have a leg to stand on. I might have been a sucker for my friend, but there was no question of informed consent…or of my having screwed anything up during the operation.

Allison shrugged. “I don’t want any of them. You were closer to Clint than anyone but me. I need be with someone who cared about him as much as I did.”

And so, just as I’d done when Clint had begged me to take a look at his MRI films, I did the one thing I knew I shouldn’t.