Because so many of my friends in the writing and romance community were kind enough to donate money to our family in the weeks that followed Julian’s death last March 20th, I wanted everyone to know what we have decided to do with that money. I always thought we’d want to establish a scholarship in Julian’s name for students of his high school. It’s taken us almost a year to get to the point where we could sit down and hammer out the framework, but now we have that and I am hopeful that we will award a scholarship this year to one of the classmates he would have graduated with. At present, we only have enough money to do this one scholarship a year for three years, but I hope that we can find a way to do that through ongoing donations. As part of that effort, we’ll be taking the necessary steps to convert the fund to a 501(c)3 endowment so people can make tax-deductible donations in the future. I’m sure we’ll get a website up and running soon, as well.

In the meantime, here’s an overview: 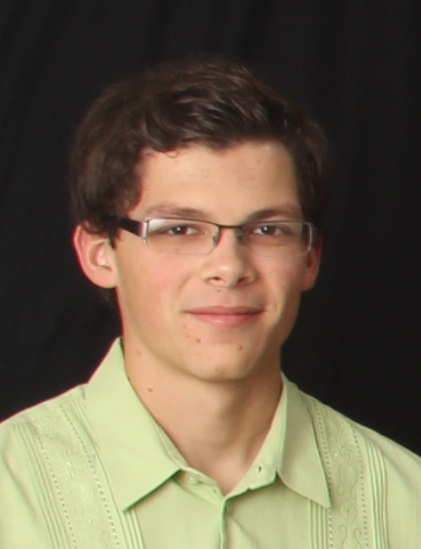 For all of his brief but full life, Julian Fraire exhibited two distinct traits.The first was unquenchable curiosity. Even as a small child, he wanted to know how things worked. He refused to go on carnival rides until, at about four years old, he was able to understand the mechanics. As he got older, he became fascinated with computers, space, physics, and pretty much all things scientific. By the time he was in his mid-teens, he had built several computers. Julian might not always have been the student with the best grades, but he was incredibly self-motivated to learn new things. If it was a subject he was interested in (science, mostly), he always seemed to know about the latest and greatest findings before the news hit the papers. His dream was to go to college and study science, probably physics or astrophysics, but possibly medicine or biology, and to use his knowledge and talents to make the world a better place. He often spoke of taking what he learned and starting an entrepreneurial venture to develop inventions that might bring about positive change.

That desire to make the world a better place was evidence of the second trait: a strong sense of compassion and justice. When he was in the fourth grade, his teacher remarked on his kindness to other students during physical education. Instead of making fun of kids who struggled, he encouraged them, saying, “Don’t worry. You’ll do better next time.” Of course, he was a regular kid, which meant lots of teasing and joking amongst his friends, and a lot of that was far from politically correct. Nonetheless, when push came to shove, he was always interested in seeing that people from all walks of life got a fair shake and horrified by many of the outright injustices he heard about in the news. Above all else, he wanted what he did with his life to have a positive effect on the world around him.

The Julian Fraire Memorial Scholarship is intended to encourage these traits in others and, by doing so, to carry on the legacy of Julian’s life. The award has two phases:

The ideal recipient of this award will be a senior at Steele Canyon High School who exhibits the traits described above.

Applicants for this scholarship must meet the following minimum qualifications:

The selection team will also consider the following factors:

To apply for this scholarship, you must submit the following:

After reviewing these items, the selection team will interview the final candidates.

One thought on “The Julian Fraire Memorial Scholarship”